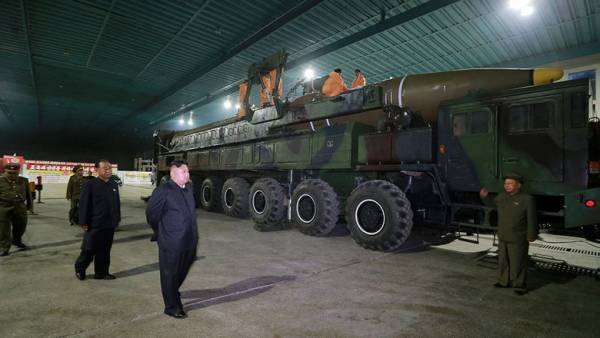 In & nbsp; September last year, North Korea announced & nbsp; conducted tests of a hypersonic missile. Prior to & nbsp; this, the Joint Chiefs of Staff of South Korea reported that & nbsp; the North Korean military launched at least one missile in the & nbsp; side of the Sea of ​​Japan.

In & nbsp; October, the DPRK again launched a missile in the & nbsp; side of the Sea of ​​Japan. The National Security Council (SNB) of South Korea expressed in & nbsp; connection with & nbsp; this “ deep regret '' and & nbsp; urged Pyongyang to return to & nbsp; peace talks.