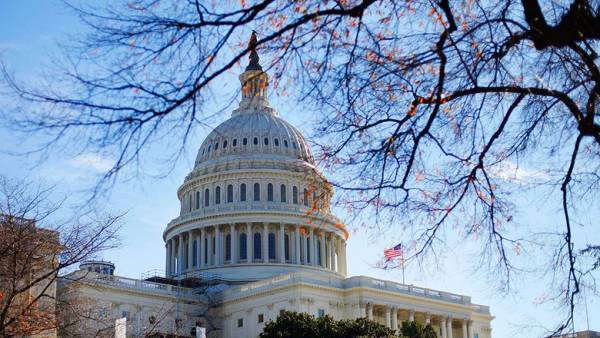 “We & nbsp; will win by an overwhelming majority in & nbsp; this vote & raquo;, & nbsp; & mdash; cites the publication of an unnamed senior assistant to one of the & nbsp; Republican senators.

Politico recalls that 60 votes are needed to pass the bill introduced by Republican Ted Cruz, and therefore the support of at least ten Democrats.

The publication confirms that & nbsp; senators will vote on the & nbsp; bill on & nbsp; sanctions by & nbsp; 14 & nbsp; January. The document provides for the entry into force of sanctions in & nbsp; within 15 days after the final approval of the law.

Moreover, if the president refuses to impose sanctions, then, according to the provisions of the document, Congress can do it.

According to the US procedure, after approval by the Senate, the bill will go to the & nbsp; House of Representatives, and & nbsp; then & nbsp; & mdash; for & nbsp; signature to the president, after which it will become law.

On & nbsp; that & nbsp; the Senate will consider Cruise's bill on & nbsp; sanctions against Nord Stream 2 until & nbsp; 14 & nbsp; January, said in & nbsp; December, Democratic leader in the & nbsp; House Chuck Schumer. The issue of & nbsp; voting became a subject of bargaining between the two parties: as reported by Hill, Democrats agreed to consider Cruise's initiative in & nbsp; in exchange for & nbsp; his refusal to & nbsp; block candidates for & nbsp; 32 government positions.

Construction of the pipeline from & nbsp; Russia to & nbsp; Europe Nord Stream 2 completed in & nbsp; October. It was planned to be completed at the & nbsp; end of 2019, but this was prevented by US sanctions, because of which some of the partners withdrew from the & nbsp; project. At the & nbsp; present, the gas pipeline is ready for & nbsp; launch and & nbsp; is awaiting permission from the German and & nbsp; European regulators. On December 16, the German Federal Network Agency announced that & nbsp; decisions on & nbsp; certification of the gas pipeline in the first half of 2022 are not & nbsp; expected.