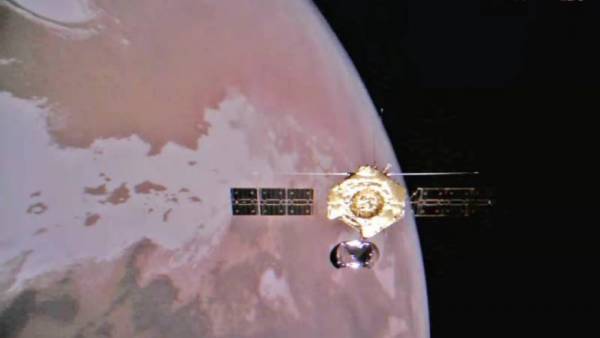 The Chinese automatic interplanetary station “Tianwen-1” has sent new images of Mars, including the first full photo of the orbiter of the mission.

The color photographs show the spacecraft flying in orbit around the Red Planet, the ice cover at the north pole of Mars and the spectacular landscape on the barren Martian plain.

The photo of the probe, which is now about 350 million kilometers from Earth, was taken using a camera released by the apparatus, the National Space Administration of China said in a statement.

Launched in July 2020 from the Wenchang Cosmodrome in Hainan Province, the Tianwen-1 robotic probe, named after an ancient Chinese poem, traveled a total of 475 million kilometers and performed several trajectory maneuvers before entering Martian orbit on February 10, 2021.

After more than three months of preparation, the landing capsule released by the probe landed on the Red Planet on May 15. On May 22, the Chinese Zhurong rover began exploring Mars. According to the data at the beginning of January 2022, he overcame more than 1400 meters. 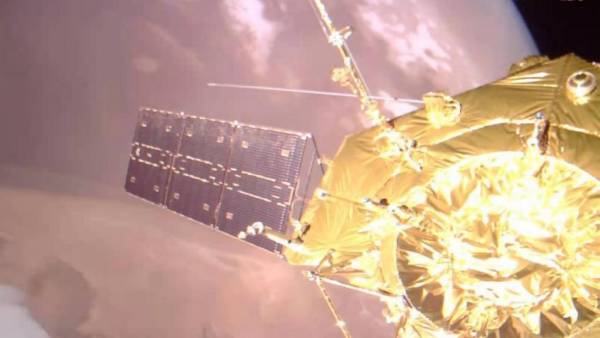 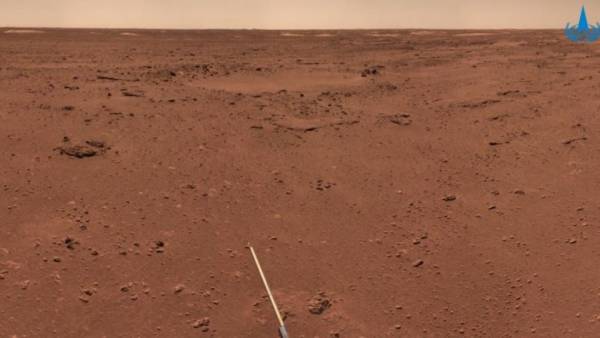