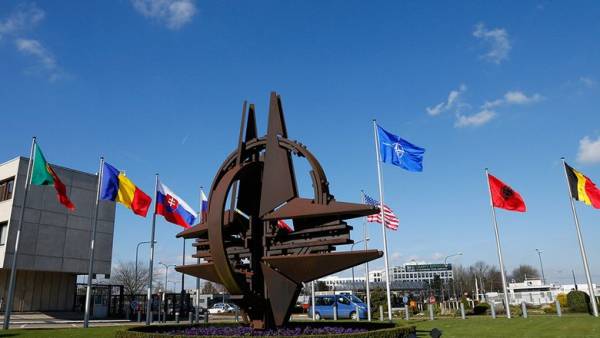 It is noted that “the dialogue with Russia should be conducted on the basis of reciprocity, to respond to NATO's concerns about Russian actions.”

Stoltenberg himself also confirmed that the & nbsp; alliance is ready for a meeting 12 & nbsp; January 2022.

Earlier it was reported that & nbsp; US Secretary of State Anthony Blinken on December 31 & nbsp; in a & nbsp; telephone conversation with & nbsp; Secretary General Stoltenberg upcoming contacts with & nbsp; Russia. Commenting on the negotiations, the State Department reported that & nbsp; NATO is ready for & nbsp; meaningful dialogue with & nbsp; RF and & nbsp; & nbsp; while & nbsp; at the same time is united in & nbsp; on the issue of deterring further aggression against Ukraine.

December 15 Russian Ministry of Foreign Affairs & nbsp; handed over to the American side the draft agreements between Russia and the & nbsp; USA on & nbsp; security guarantees and & nbsp; agreements on & nbsp; security measures & nbsp; RF and & nbsp; states & nbsp; & mdash; members of NATO. The & nbsp; document, in & nbsp; in particular, states that & nbsp; the United States should not & nbsp; create military bases on the & nbsp; territories of the former USSR countries that are & nbsp; & nbsp; members of & nbsp; NATO.