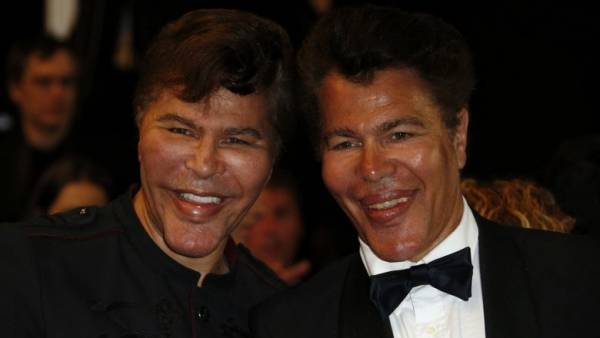 “In peace and love, surrounded by his children and family, Igor Bogdanov passed away on Monday, January 3, 2022,” the family said in a statement. The causes of death of the showman are not called.

Twin brothers Igor and Grigory Bogdanov were born on August 29, 1949 in the French city of Saint-Lary in the family of Russian artist Yuri Ostasenko-Bogdanov and Maria (Maya) Dolores Franciszka Kolovrat-Krakowska (illegitimate daughter of an Austrian countess with Czech roots Bertha Henrietta Katerina Nadine Kolovrat-Krakowska. – “Kommersant”). Both gained fame in the 1970s due to the fact that they popularized various popular science programs on French television. The worldwide fame of the brothers was brought by their non-standard appearance. The twins have done a lot of plastic surgery, but they have repeatedly denied this information.

In 2010, a scandal broke out around the main activity of the Bogdanovs. The National Committee for Scientific Research in Mathematics and Theoretical Physics stated that the works of the Bogdanov brothers are of no value in the scientific world. The TV presenters sued the offenders, but they lost the case and paid compensation.