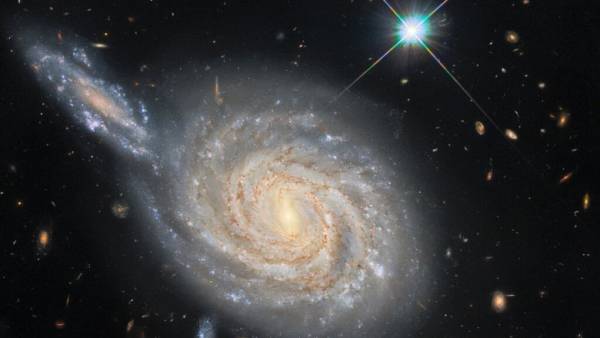 The Hubble Space Telescope photographed an unusual optical illusion at a distance of 215 million light-years from Earth.

In the center of the image, a large spiral galaxy NGC 105 in the constellation Pisces is visible. It seems to the observer that it is on the verge of merging with another smaller galaxy. In fact, the galaxies are far from each other, and the illusion arises because of the angle in which the photo was taken.

“These misleading combinations are often found in astronomy. For example, the stars in the constellations are at completely different distances from the Earth. They form shapes only due to the random “alignment” of the stars,” the astronomers explain.