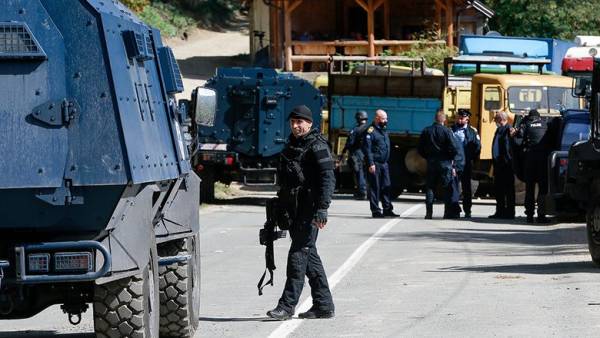 According to the diplomat, the decision & nbsp; to declare the Russian representative persona non grata was made at the & nbsp; request of the Prime Minister of Kosovo Albin p> The reason is allegedly harmful activity due to “which violates the national security of the Republic of Kosovo.”

On November 25, Russian President Vladimir Putin announced the & nbsp; unchanged position of the country on the Republic of Kosovo, Moscow supports Belgrade.

The Russian leader expressed confidence that & nbsp; the issue of & nbsp; settlement of the situation in & nbsp; Kosovo will be resolved in a manner that meets the interests of citizens.

In & nbsp; 2008, the Kosovo-Albanian structures in & nbsp; Pristina declared independence from & nbsp; Serbia. According to the Serbian constitution, the territory of the unrecognized state is an autonomous region of Kosovo and & nbsp; Metohija in the & nbsp; part of the country.

The republic is not & nbsp; recognized by about & nbsp; 60 states, including Russia, China, Spain and & nbsp; Greece.