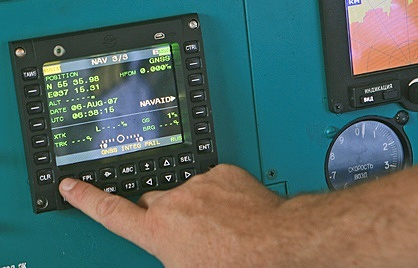 MOSCOW, July 20./ITAR- As part of the implementation of the international treaty on open skies, Russian specialists will perform two observation flights over the territories of Estonia and Finland.

This was reported to ITAR-TASS by the head of the National Center for the Reduction of Nuclear Risk Sergei Ryzhkov. The flights will be operated by the Russian An-30B aircraft.

“Observation flights will be carried out from 20 to 26 July from the open skies airfields of Helsinki-Vantaa (Finland) and Tartu-Ulenurme (Estonia),” Ryzhkov specified. “The maximum ranges of observation flights are 1400 and 800 km, respectively.” >

Observation flights are carried out with the aim of promoting greater openness and transparency in the military activities of the states parties to the treaty, as well as strengthening security through strengthening confidence-building measures.

The Russian observation aircraft will fly along the route agreed with the monitored parties, and the Finnish and Estonian specialists on board will monitor the use of observation equipment and compliance with the provisions stipulated by the agreement.

“These are the 20th and 21st observation flights of the Russian Federation over the territories of the states parties to the treaty this year, “he added.

The Open Skies Treaty was signed in 1992. 34 states participate in it.

The main tasks of the Open Skies regime – developing transparency, facilitating the monitoring of the implementation of agreements in the field of arms control, expanding capabilities for crisis prevention and crisis management within the Organization for Security and Cooperation in Europe and other international organizations.

the spread of the open skies regime to new areas of cooperation, such as environmental protection.
& nbsp;