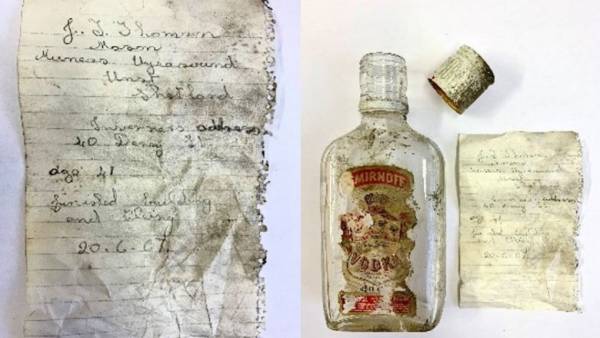 Workers repairing a Victorian market in Inverness, Scotland, found a bottle with a 54-year-old message inside.

As it turned out, the author of the unusual “time capsule” was a 41-year-old bricklayer from Shetland named J. Thomson, reports UPI. In the note, he indicated his address, and also said that he was finishing construction and tiling on the market.

“We expected to find something interesting at the demolition stage of the building, and we were not disappointed,” market manager Joe Murray commented on the find.

It is noteworthy that the note was hidden in a “quarter” of Russian vodka. The Smirnoff brand was founded in Moscow in 1863 by Pyotr Arsenyevich Smirnov. After the October Revolution, vodka was produced abroad.