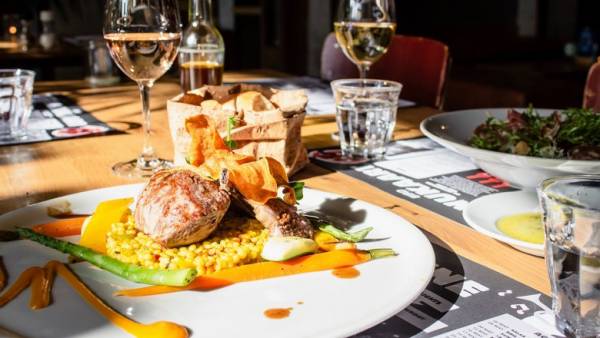 Researchers from Murray University, USA, conducted a series of experiments to find out whether indoor lighting affects the process of eating.

Scientists conducted three experiments with 300 volunteers. In the first case, the participants ate chocolate, in the second — snacks that had a sweet or salty taste and differed in texture and consistency (raisins, cookies, cheese, chips), and in the third – the food was mixed (ordinary salted popcorn as a “simple meal” and a sandwich with peanut butter and jelly, which served as a “complex food”).

In the first two experiments, participants ate either with darkened sunglasses or glasses with ordinary transparent lenses. And in the third experiment, the volunteers ate without glasses, but with dimmed lights.

After completing all three experiments, participants were asked to rate the taste of food on a seven-point scale. After calculating the results, the scientists found that the taste sensations depend on the illumination.

Participants who wore sunglasses while eating described the taste of the food as “more pleasant” compared to those who ate the same thing, but without darkened glasses. And in dim light, the taste of simple dishes seemed much more saturated and attractive.

However, as the researchers note, this effect did not extend to complex dishes combining different flavors, such as sweet and salty popcorn or sweet and sour Asian dishes. Now the authors of the work want to conduct a similar experiment with sour and bitter food.