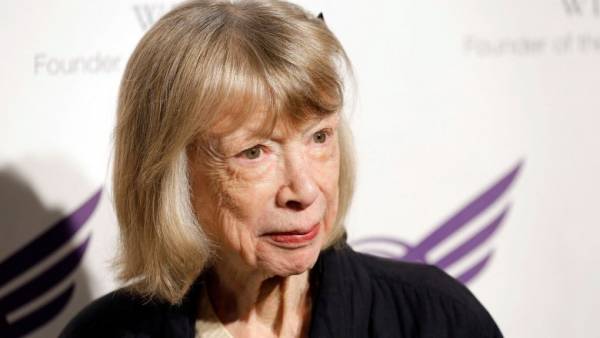 Didion passed away at her home in Manhattan. The cause of her death, as told in the Knopf publishing house that published the writer’s works, was Parkinson’s disease.

Joan Didion became famous in the 1960s thanks to articles in such publications as Life, The Saturday Evening Post, The New York Times Magazine and Esquire. She wrote about the California counterculture, Hollywood, American politics and the social chaos of that decade in a sarcastic style that earned her the status of one of the brightest representatives of the “new journalism”.

Among the novels and collections of essays written by Didion are the books “Play as written”, “And wandered to Bethlehem”, “The last thing he wanted”, “The White Album”. In 2005, the writer’s memoir “The Year of Magical Thinking” became a bestseller, in which she told how she experienced grief after the death of her husband, writer John Gregory Dunn.

Didion also co-wrote several famous films with this script. These are “Panic in Needle Park”, “A Star is Born”, “Secrets of Confession” and “Play as Written” (based on his own novel). The writer was the winner of the National Book Award in the field of non-fiction, honorary awards of the Screenwriters Guild of the USA and National Book Fund.