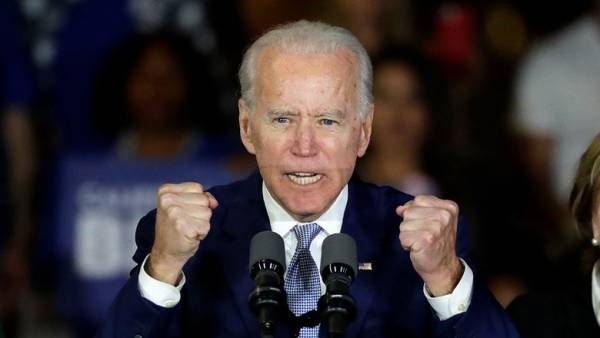 He said during an online summit he told Russian leader Vladimir Putin that in the event of an “invasion”, American troops would be sent to the Bucharest Nine (B9) countries located on the eastern flank of NATO (Bulgaria , Hungary, Latvia, Lithuania, Poland, Romania, Slovakia, Czech Republic and Estonia) all those & nbsp; NATO countries for which & nbsp; we have a sacred obligation to protect them & nbsp; from & nbsp; any attack from & nbsp; Russia & nbsp;, & nbsp; & mdash; said the American leader.

With & nbsp; this he & nbsp; added that & nbsp; the United States “ will continue to provide the Ukrainian people with defense capabilities '' without & nbsp; specifying their & nbsp; nature.

Biden reiterated that & nbsp; in a conversation with & nbsp; the head of the Russian state pointed out the & nbsp; devastating economic consequences for & nbsp; the Russian Federation of a potential 'invasion'; RF & nbsp; to & nbsp; Ukraine. “ I & nbsp; made it absolutely clear to President Putin that & nbsp; if he invaded & nbsp; Ukraine, then & nbsp; the economic consequences for & nbsp; his economy would be devastating & nbsp; & nbsp; & mdash; said Biden.