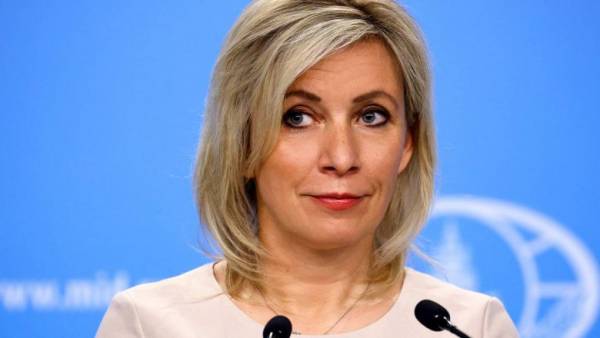 The Foreign Ministry is working on instructions on the & nbsp; results of negotiations between the presidents of Russia and & nbsp; the US, Vladimir Putin and & nbsp; Joe Biden. & Nbsp; This was stated by the official representative of the diplomatic service Maria Zakharova.

“ These instructions have a long-term basis, of course, after each summit, be it a Russian-American summit or a summit with & nbsp; participation of representatives of other countries, the Ministry of Foreign Affairs starts to & nbsp; elaboration of its results & raquo;, & nbsp; & mdash; She noted on the & nbsp; air of the YouTube channel Soloviev Live.

Recall that on December 7 & nbsp; Putin and & nbsp; Biden held talks via & nbsp; video link, which lasted a little more than two hours. The conversation became & nbsp; already the fifth since & nbsp; the moment Biden entered the & nbsp; post of the American president. The leader of Russia assessed the negotiations as open and & nbsp; constructive. He also voiced some of the topics that he was able to discuss during & nbsp; during this conversation. The main one of them was Ukraine. Putin urged Biden not to & nbsp; shift to & nbsp; “ shoulders '' RF & nbsp; responsible for & nbsp; escalation around & nbsp; Square.