State Duma Speaker Volodin: the Soviet elite, the United States and Europe benefited from the collapse of the USSR 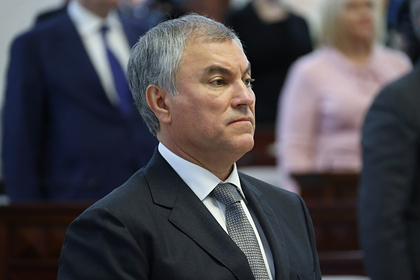 Chairman of the State Duma Vyacheslav Volodin said the Soviet elite, the United States and Europe won. He named them on Telegram.

“The former Soviet elite derived economic and political benefits from the collapse of the USSR. The United States and Europe have eliminated a strong ideological enemy, dividing it into separate countries, “the State Duma speaker emphasized.

According to him, none of the 15 countries that were part of it won from the collapse of the USSR. Each of them is still facing the consequences of this tragedy. “Economic and industrial ties have been severed, industrial potential has been lost,” concluded Volodin.

Earlier, Stanislav Shushkevich, in a conversation with Lenta.ru, said that the top officials and heads of government of the three Union republics, who on December 8 In 1991 they gathered in Belovezhskaya Pushcha, from the very beginning they did not plan to make a decision on secession from the USSR.

On December 8, 1991, the heads of the RSFSR, the Ukrainian and Belarusian SSR concluded the Belovezhskaya agreements at the Viskuli residence, after which the USSR was ratified ceased to exist. Gorbachev soon resigned.