Economist Belyaev: if Russia does not make an energy transition, it will remain on the sidelines of the world 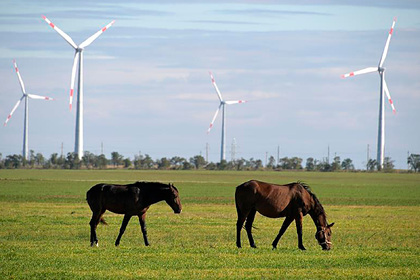 If Russia does not make an energy transition and does not start developing green energy , it can remain on the sidelines of the developed world, I am sure the candidate of economic sciences, financial analyst Mikhail Belyaev. In a conversation with Lenta.ru, he added that the green agenda is very multifaceted and implies, first of all, scientific and technological development.

The President's Special Representative for Relations with International Organizations to Achieve Sustainable Development Goals Anatoly Chubais said that in the next 30 years, the Russian economy will have to go through a period of large-scale transformation. He added that if Russia does not make the energy transition, it could face a radical reduction in exports to the EU.

According to Belyaev, the energy transition that Chubais is talking about is associated precisely with the transition to green sources of electricity production, which are the basis for current production and which will play a significant role in the economic model that is replacing the current way of life.

“In essence, we are dealing with the fourth industrial revolution. Green energy here is just the tip of the iceberg. In fact, the transition to them is associated with the reorganization of the entire production economic basis and a fundamentally different work of all existing mechanisms: here and the introduction of new equipment, new technological solutions, digitalization, artificial intelligence, and so on. If we do not fit into this trend and movement, then we automatically remain on the sidelines, or even outside the economically developed world, “the expert is sure.

The economist is confident that a one-sided view of green energy, resistance to this transition, torpedoing processes can only lead to stagnation of the Russian economy. He added that green technologies should not be perceived as a complete rejection of oil, gas and coal. Rather, it is about a way to reduce their negative impact on the environment.

“The Green Agenda is simply a way to re-equip the world economy and put it on a new technological track. The world is not only on the verge of colossal transformations, but has already taken the first step towards this. The point is not that we stop using oil, gas, coal, we only switch to wind turbines, solar panels and other renewable sources, we are introducing technologies that neutralize their negative impact on the environment using, for example, special filters. And here it all boils down to primitivism, is brought to the point of absurdity, and then ridiculed, “Belyaev stated.

Earlier, Chubais warned that the energy revolution would cause an imminent change of world elites. According to the special representative of the president, a global country regrouping is coming in the world, and a new list of leaders will be formed no later than the end of the 2020s.