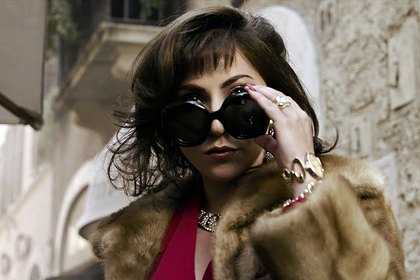 Russians began to massively buy luxury goods and designer items after watching the film “Gucci House” directed by Ridley Scott. The corresponding press release came to the disposal of “Lenta.ru” on Wednesday, December 8.

It is reported that after the release of the picture, users of the platforms “Yula” and “VKontakte Ads” began to be interested in goods that are associated with the Italian brand Gucci. Experts note that searches on portals with the words Gucci from December 3 to 6 increased by 60 percent compared to the same period last week.

According to the study, the most popular product was the book “In the Name of Gucci. Memoirs of a daughter “, written by the illegitimate daughter of Aldo Gucci Patricia, the demand for which among domestic users has increased by 240 percent. twice. In addition, buyers searched the sites for the fashion house's perfumes, bags and sweatshirts.

The film by director Ridley Scott “House of Gucci” tells the story of the death of Maurizio Gucci, whose murder was ordered by his ex-wife Patricia Reggiani. The world premiere of “The House of Gucci” took place on November 9, and in Russia the show began on December 2. Singer Lady Gaga played the role of Patricia Reggiani, and Adam Driver played the role of Maurizio Gucci. In addition to them, Salma Hayek, Al Pacino, Jeremy Irons and Jared Leto also starred in the film.