Head of the Investigative Committee of Belarus: the preliminary investigation in the case of Sophia Sapieha ends 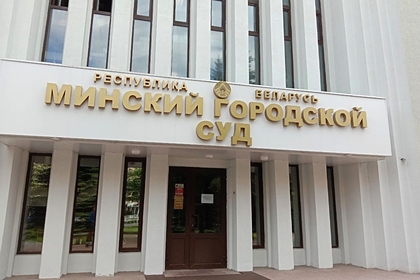 The preliminary investigation of the case of Russian woman Sofia Sapega arrested in Belarus ends. This was stated by the chairman of the Investigative Committee (IC) of Belarus Dmitry Gora, BelTA informs.

Reaching out to heaven. The West imposes sanctions against Belarus due to the arrest of the founder of NEXTA. How does this threaten Russia? 00:05 – 21 July Lukashenka?

The head of the department said that Sapieha was finally charged under a number of articles. In particular, she is charged with inciting social enmity and hatred, threats against law enforcement officers and committing crimes against information security.

Gora specified that in the near future the Russian woman will be able to familiarize herself with the materials of her case. He also noted that former Beltelecom employees and people who posted the personal data of the security forces in Telegram channels recognized as illegal in Belarus pass along with her.

Earlier, Sapega's lawyer Anton Gashinsky reported that her case would be to be considered in court in Minsk. At the same time, he said that he was counting on pardoning his client.

Sofya Sapega was detained on May 23, along with the creator of the NEXTA Telegram channel Roman Protasevich, after an emergency landing at the Minsk airport of a Ryanair plane, on which they flew from Athens to Vilnius. On camera, the girl admitted that she allegedly ran a Telegram channel in which the data of the Belarusian security forces were published.