The head of the Union90/Greens party, Berbock, has been appointed head of the German Foreign Ministry 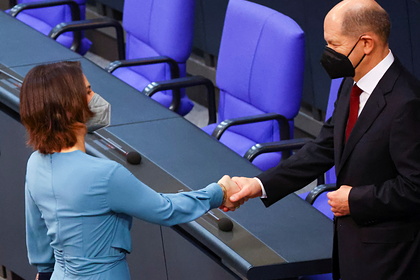 The head of the Union90/Greens party, Annalena Berbock, has been appointed foreign minister Germany. The corresponding appointment was made by the President of Germany, Frank-Walter Steinmeier. The broadcast was published on the YouTube channel WELT.

As a representative of the Greens, the new Foreign Minister advocates abandoning coal energy and developing renewable energy sources. RIA Novosti points out that Berbock also opposes the construction of the Nord Stream 2 gas pipeline and accuses Moscow of “blackmail” using gas prices.

The head of the Social Democratic Party of Germany (SPD) Olaf Scholz was officially elected the new chancellor of the country. He received the majority of votes in his favor among the deputies of the lower house of parliament (395 of 736).

The SPD managed to finally sign a coalition agreement with the Soyuz90/Green parties and the Free Democratic Party (FDP) on November 24.