In the Yakut forest, skiers stumbled upon a stretcher with an ammunition tied to a tree 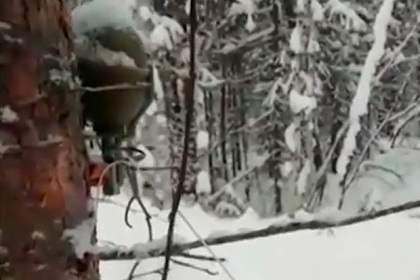 which was tied to a tree, according to REN TV.

Vacationers did not check whether the ammunition was working. The Russians did not rule out that someone is protecting their lands in this way. Currently, a grenade found in the forest was handed over to law enforcement officers for study.

Earlier in the Moscow region, unknown attackers mined the door of an apartment in a multi-storey residential building with a grenade. The incident occurred in the city of Kolomna on Spirina Street. According to specialists working on the site, the ammunition looks like an RGD-5 hand grenade.

A few hours later, sappers removed the charge from the doorknob. Forensic scientists examine the prints to establish the identity of the miner.