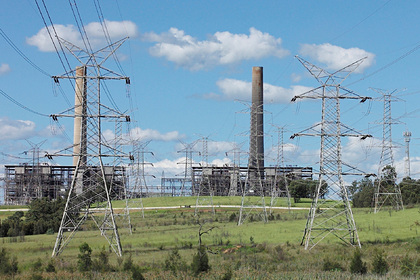 Australia has decided to convert old coal-fired power plants into clean energy plants. The mining company Fortescue Metals Group and the energy firm AGL Energy have found such an unusual use for the enterprises harmful to the planet, reports Bloomberg.

The changes will affect the Liddell and Bayswater power plants, which together account for more than 40 percent of New South Wales' carbon dioxide emissions. The authorities planned to close one of the plants in 2023, and the other was supposed to work until the middle of the next decade.

Both enterprises are now going to start redesigning for the production of hydrogen using renewable energy sources, in order to receive 30 thousand tons of clean fuel annually – It will take a year for Fortescue Metals and AGL Energy to agree and develop technical changes.

The representatives of the companies noted that the power plants are in a good location – there is a powerful system of energy grids, good transport accessibility and there are no problems with water supply. In 2020, AGL Energy has already announced plans to install an 850 megawatt lithium-ion battery in the area by 2024.

Engie SA and the Macquarie Group plan to convert a coal mine and Hazelwood power plant in the neighboring Australian state of Victoria in the battery storage. Such measures will help reduce Australia's dependence on fossil fuels – now coal accounts for about 60 percent of the country's energy balance. However, most of the plants harmful to the planet are gradually being decommissioned, and it is likely that most of them will be closed by 2050.

Oil and gas wells in the UK have previously found unusual applications. They decided to turn the unused facilities into underground carbon storages and test whether they are able to contain harmful emissions as part of the fight against climate change on the planet. Experts intend to start testing in 2022.