State Duma Speaker Viacheslav Volodin: Comments under the post about QR codes should be studied 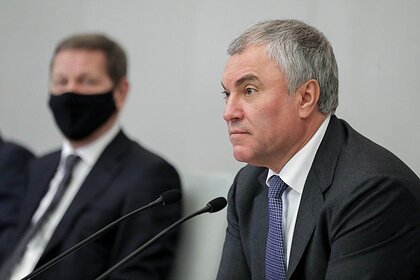 , in which he asked for feedback on the draft laws on QR codes. His words are reported by RIA Novosti.

According to Volodin, the responses under his publication about QR codes should be studied, since this is a feedback from citizens. The State Duma speaker also noted that he does not consider users who subscribe to him and leave comments under his posts as bots.

Volodin added that draft laws on QR codes in Russia require discussion. “We are waiting for feedback from the regions. In general, the task of the State Duma is to work with society, “he said.

Earlier it was reported that Volodin's publication on bills on QR codes received a million views on Telegram.