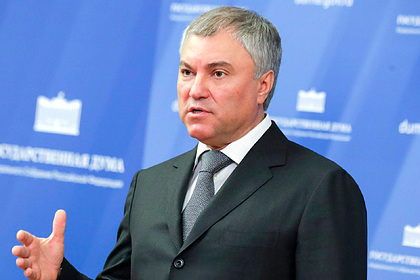 the building of the chamber, since the collective immunity of deputies at the moment is 94 percent, and the staff of the apparatus – 99 percent. The speaker of the State Duma Vyacheslav Volodin told about this, writes TASS.

At the moment, the State Duma is working on the issue of QR codes, as well as the need to conduct certain events related to visiting the parliament building, Volodin noted.

Earlier, the speaker of the lower house of parliament said that the State Duma introduced mandatory QR -codes for access of official representatives of the Russian government who come to meetings. If the official representative of the Cabinet of Ministers speaking as a speaker does not have a digital pass, he will not be allowed into the conference room, concluded Volodin.