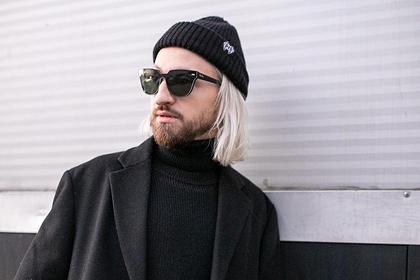 The leader of the Ukrainian rock group Nerva Yevgeny Milkovsky named the best places for dating in Moscow. The musician shared his opinion in an interview with Mosnow.

According to Milkovsky, his coffee shop “Coffee my friend” and the music store Mainstage on Staraya Basmannaya street and concerts of the group “Nerves” are best suited for a romantic meeting. “In general, where the road will take me, I like it there. Moscow is beautiful in this respect. I just love to come to Gorky Park, take a hot dog and eat it on the embankment, ”the musician said.

Milkovsky also shared the details of his move from Kiev to Moscow. Despite the fact that the change of the city was quite easy, the musician faced stress due to the situation with the management and the team. Milkovsky admitted that he loves Kiev very much, where many of his friends remained. At the same time, the artist also likes Moscow: he called the city both large and cozy. “At first it seemed that people were behaving a little rude and arrogant, but over time everything changed, politeness and culture in communication appeared,” Milkovsky said.

In May 2021, the musician became a participant in the conflict in the center of Moscow … Video footage of the incident shows that Milkovsky had an argument with a man at the entrance to one of the bars on Novoslobodskaya Street. The conflict turned into a fight. After the recording appeared online, the group's manager said that everything was fine with Milkovsky.