Saudi Aramco head al-Nasser: lack of investment in oil and gas will plunge the world into chaos 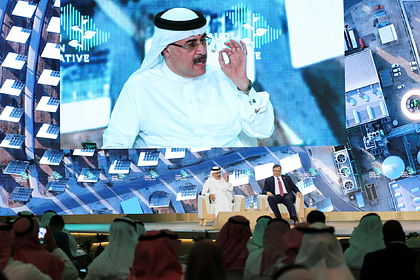 Amin Hassan Al-Nasser said that there has been insufficient investment in fossil fuels in recent years, which risks putting the world at risk of global instability and plunging it into chaos. Speaking at the World Petroleum Congress in Houston, he pointed out that the idea of ​​a fast energy transition, which has now become the dominant theme, is built on unrealistic scenarios and deeply flawed assumptions, according to the Financial Times.

The Saudi top manager called for preparations to runaway inflation and riots if investment policy is not aligned with reality. According to al-Nasser, for many, public recognition of the role of oil and gas in the transition period will be unpleasant, but the consequences of such a step will be much less destructive.

In the current situation, the head of Saudi Aramco recalled, fuel prices are becoming too high. As a result, the coalition for reducing harmful emissions in the world begins to disintegrate, and this, in turn, is fraught with a slowdown in the energy transition.