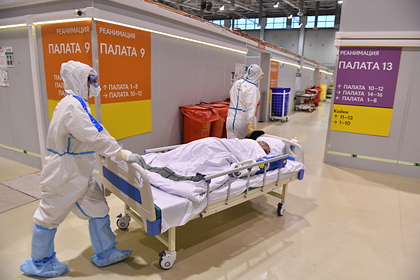 Two Russians infected with a new coronavirus strain, or in an omicronom reports the TV channel “Russia 1”.

As noted by journalists, 58 tourists who arrived from the Republic of South Africa on a flight Cape Town – Addis Ababa – Moscow, were placed in a separate building of a sanatorium in the Moscow region. Later, the whereabouts of the sick became known: the doctors first sent two people to the observatory, and then they were taken to the hospital. Russians flew in from South Africa with signs of SARS also got there. The rest await a two-week quarantine in the observatory.

No one is allowed into the territory of the sanatorium except doctors. Russians will be tested daily for coronavirus. According to experts, there may be more omicron infected. Now ten samples are being examined in detail in the laboratory.

Earlier, Rospotrebnadzor reported that nine Russians who arrived from South Africa passed a positive PCR test. The strain of these tourists is being deciphered. Some Russians have found a coronavirus. Among the cases of COVID-19 there is a pregnant woman with a child.