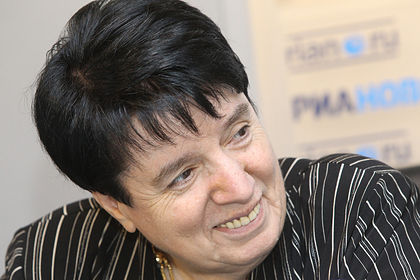 Scott Frank admitted in court that the facts about the Georgian-born Soviet chess player Nona Gaprindashvili were deliberately altered in the show. This is reported by TASS with reference to Gaprindashvili's lawyer Maya Mtsariashvili, who defends the interests of the athlete in the trial against the streaming platform Netflix.

“We interviewed the producer and writer of this series, Scott Frank, who was hired by Netflix to strengthen its positions [in court]. He was forced to confirm certain circumstances. He knew that Nona Gaprindashvili was a real person, he also knew that most of her professional career was playing with men, but this circumstance was deliberately changed, ”Mtsariashvili said, noting that the authors of the show also knew that Gaprindashvili was a Soviet chess player However, she was referred to as “Russian” in the TV serial.

According to Mtsariashvili, Netflix asked the court to end the litigation, but their request was not granted. The next hearing is scheduled for January 24, 2022.

In September of this year, the five-time USSR chess champion Nona Gaprindashvili filed a lawsuit in the California District Court against the streaming platform Netflix. The athlete demanded five million dollars from the creators of the series “Queen's Move” due to a mistake in the show. In one of the episodes, it is said that Gaprindashvili did not play with men, but in reality her rivals at different times were 59 representatives of the opposite sex, including ten grandmasters. In addition, according to The Hollywood Reporter, the lawsuit stated that Gaprindashvili was called the representative of Russia and not Georgia in the serial film.