Gergolenko's lawyer: to agree on the glazing of the balcony, you need to write a statement 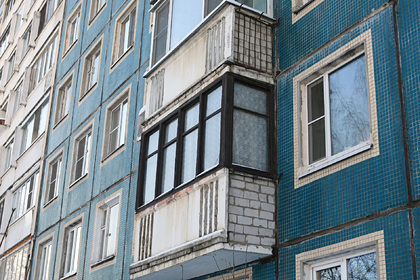 For the legal glazing of the balcony, the owner of the property must officially agree on the work, the procedure is spelled out in the Housing Code. Lawyer Mikhail Gergolenko named the rules for such works to Rossiyskaya Gazeta.

If the local authorities consider the glazing of the balcony as a redevelopment, the owner must prepare a package of documents. The list of papers includes a statement, a balcony project from a bureau or design organization. The expert advised to obtain consent from the neighbors for redevelopment, as well as attach a photo of the facade of the house and a technical passport from the Bureau of Technical Inventory (BTI).

The collected documents must be submitted to the housing inspection. If the project is rejected, it will be sent to the administrative and supervisory authorities, including the management company, state examination, Rospotrebnadzor, fire inspection, and, if necessary, to the Department of Cultural Heritage. According to the lawyer, a permit can be obtained in a month, but in some cases the time may increase.

Among the reasons for refusal to approve, the specialist named the possible harm to the appearance of the building from the glazing of the balcony. Such structures can also become a load for dilapidated buildings or destroy load-bearing walls and damage communications. Glazing may not be allowed due to lack of documents.

The issue of balcony glazing was discussed earlier due to information that, according to the order of the Ministry of Construction and Housing and Communal Services, for unauthorized cladding or glazing of a balcony, in Russia, from March 1, 2022, fines will be provided. Later, the authorities explained that the measure was not an innovation, and citizens could be fined for illegal glazing under the old rules.