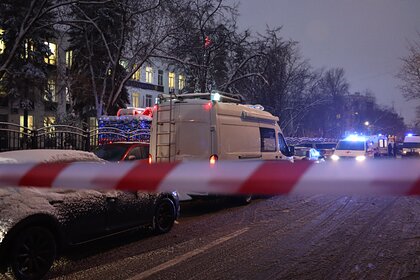 The Ministry of Internal Affairs disclosed details of the arrest by the police officer of the man who was shooting at the MFC in Moscow. The official representative of the department, Irina Volk, told Lente.ru about this.

According to her, senior police lieutenant Georgy Domolaev was in the MFC building when he heard the bangs and the sound of a fire siren. He ran into the corridor, where eyewitnesses showed him a man who opened fire, and then went out into the street and walked away from the building with a quick step. The policeman caught up with him and detained him.

The Ministry of Internal Affairs noted that the senior lieutenant was without a service weapon, and the suspect was armed with a pistol and a knife. Nevertheless, the policeman managed to neutralize him.

Earlier on December 7, it was reported that the Minister of Internal Affairs of Russia Vladimir Kolokoltsev decided to reward Domolaev for his courage. He will submit to the head of state an appropriate submission to the state award.

On the afternoon of December 7, as a result of shooting in the building of the Ryazansky MFC on 1st Novokuzminskaya Street, an employee of the center and a visitor, several more people, including a ten-year-old girl, were killed. were injured and taken to hospital. The 45-year-old Sergei Glazov, who opened the fire, was taken to the investigator. A criminal case has been initiated.