In Bratsk, a Russian opponent who stabbed to death near the court was sentenced to 7.5 years of strict regime 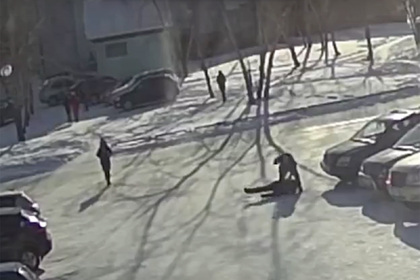 The regime sentenced a 60-year-old Russian who stabbed an opponent near the courthouse. This was announced on Tuesday, December 7, to Lente.ru by Karina Golovacheva, an official representative of the regional department of the Investigative Committee of Russia (TFR).

the decision in a civil case on compensation for moral damage was appealed. After the meeting in the parking lot, a conflict broke out between the opponents. The defendant in the case took a knife from the car and struck his victim several hard blows in the chest. The Russian died on the spot.

The murderer who cracked down on his opponent went to court, handed a knife to law enforcement officers and surrendered. A criminal case was initiated and investigated against him under Article 105 (“Murder”) of the Criminal Code of the Russian Federation.

On March 18, 2020, it was reported that a local resident was detained in Pervouralsk (Sverdlovsk Region), suspected of killing his wife in the building of the magistrate court and the attempted murder of the bailiff who tried to protect her.