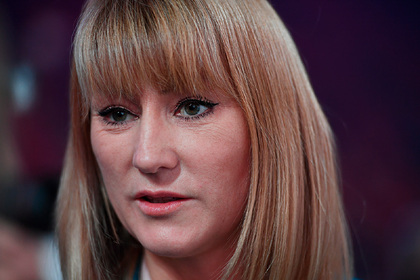 The International Olympic Committee confirms its political neutrality and impartiality with its statements. So, in an interview with Lenta.ru, Olympic speed skating champion and Russian State Duma deputy Svetlana Zhurova appreciated the IOC's comment on the US decision to declare a diplomatic boycott of the 2022 Olympic Games in Beijing.

Earlier, the IOC commented on the White House's statement on the refusal of the American leadership to attend the Beijing Olympics. Representatives of the organization clarified that they respect Washington's decision. The IOC explained that the presence or absence of government officials and diplomats at the Games is a private matter for each country. In the matter of the diplomatic boycott of the Olympics, the IOC decided to remain politically neutral.

The US decision should not bother the IOC

With its statements, the IOC proves its political neutrality and impartiality, Zhurova said. By and large, the organization is not interested in who, where and why will go, if we are not talking about athletes, the politician added.

Related materials00:01 – November 4 ” The Olympics passed – and nobody needs you “Gymnast Melnikova – about the victory over the Americans, daily fear and resentment00:01 – December 5 ” Heart collapses from fear “The hardest elements and constant risk: how did gymnastics become the most dangerous sport?

“In general, frankly speaking, it is not within their authority to be interested in what countries' leaders will come to the Olympic Games. This usually worries the host country. It is interesting for them, it is important for them. This is a kind of confession. The IOC does not care at all. Politics does not concern them, it would be important for them if the athletes announced the boycott. This would be their area of ​​responsibility. They do not need such scandals at all. If the United States represents its entire team, the IOC will be grateful for that, because without the United States, the Olympic Games will be incomplete. I am sure that the IOC is much more interested in this than [that] whether the US President will come to the Olympic Games in Beijing or not, ”Zhurova shared her opinion.

In her opinion, the US decision contains“ an appeal to the demonstration “. “They called on the allies to boycott the Olympic Games and will now see who their ally is. That's how it looks to me, at least. There is a subtext in this, “the politician summed up.

US President's press secretary Jen Psaki said about the refusal of American politicians to go to the Olympics on Monday, December 6. At the same time, American athletes will be able to decide on participation in international competitions on their own. Psaki clarified that members of the US national team can be confident in the full support of the authorities. A White House spokeswoman assured that Washington did not discuss its decision with its allies and gives them the opportunity to decide for themselves whether to participate or not to participate in the events in China.