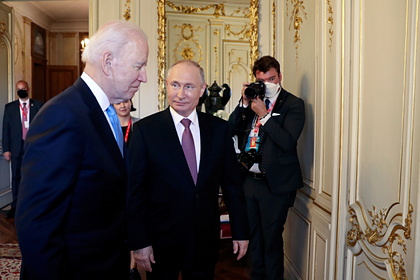 benefit, says the deputy of the Verkhovna Rada Vadim Rabinovich. The politician gave such advice to the Ukrainian authorities on the eve of the upcoming meeting between US President Joe Biden and Russian President Vladimir Putin.

Related materials 00:01 – December 3 “Ukraine always shoots itself in the foot” How will the next aggravation of the conflict between Moscow and Kiev turn out for Ukrainians? 00:01 – December 6

everyone was in a mess. ”30 years ago, the Soviet leadership tried to save the country. What prevented the Union from being saved?

“Until we understand that the government is obliged to buy goods somewhere cheaper and sell where it is more expensive, despite the name of the country in which it buys and sells, we are doomed. Everything else is deception! ” – said Rabinovich. The current situation in the country, when politicians are guided by the United States or Russia, he assessed as “national madness.” Are we great and strong waiting for the results of the talks between the President of the United States and Russia? Yes, it's a shame that the question is posed in such a way! ” – Rabinovich was indignant at the reasoning of the Ukrainians about the upcoming meeting. The politician is sure that both sides pursue their own national interests, and therefore Ukraine cannot expect a good outcome from the negotiations.

Rabinovich complained that Ukrainians have to live in a situation where they depend on foreign leaders. In his opinion, Ukrainian President Volodymyr Zelensky also acts not independently, but on instructions from the United States.

Earlier, Ukrainian Foreign Minister Dmytro Kuleba revealed the country's expectations from the Biden-Putin meeting. He suggested that Biden would give “clear signals” what to expect from Western countries if Russia “goes to a military operation” against Ukraine.