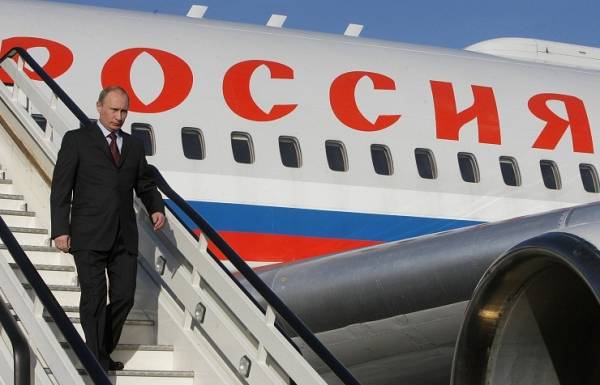 Changing the plan of his Latin American tour, and taking into account the previously available invitation, Putin decided to make a short working visit to Nicaragua on his way from Cuba to Argentina.

“We still have a lot to do to develop our relations, especially in the economy, but the basis for this is very good,” the Russian head of state said.

Putin noted that Russia and Nicaragua have long-standing and very good relations. “We admire your personal courage and the courage of your people,” he turned to Ortega.

The President of Russia also recalled that this year is a jubilee for the two countries, since 70 years have passed since the establishment of diplomatic relations between them .

Ortega called Putin's visit to Managua historic. “This is the first time a Russian president is visiting Nicaragua, and we are very happy to welcome you to our land,” the Nicaraguan president said.

Ortega assured Putin that his country supports Russia in the struggle for peace. “We are ready to participate in Russia's initiatives to maintain peace both on the entire planet and in individual regions, in your region,” he said to the President of the Russian Federation.

“The resolution of conflicts does not depend on bombing, but on reasonable approaches, and the most important thing is to listen to the will of the people, “he said.

From the Nicaraguan side, the meeting was attended by the President's Special Representative for Trade, Economic and Investment Cooperation with Russia Laureano Ortega, Deputy Foreign Minister Waldrak Gentske, who also heads the Russian-Nicaraguan Intergovernmental Commission on Economic, Scientific and Technical Cooperation, Commander-in-Chief of the Nicaraguan Army Julio Cesar Av , as well as the president of the energy company “Enatrel” Salvador Mansel.

During the talks, the presidents of Russia and Nicaragua discussed the entire spectrum of bilateral cooperation, said the press secretary of the Russian head of state Dmitry Peskov. They discussed, in particular, the supply of agricultural machinery from Russia and the provision of Nicaragua with an appropriate repair base, Peskov explained.

“The issue of wheat supplies from Russia to meet priority needs was also touched upon,” he added. According to him, Putin promised to consider this issue in the near future. 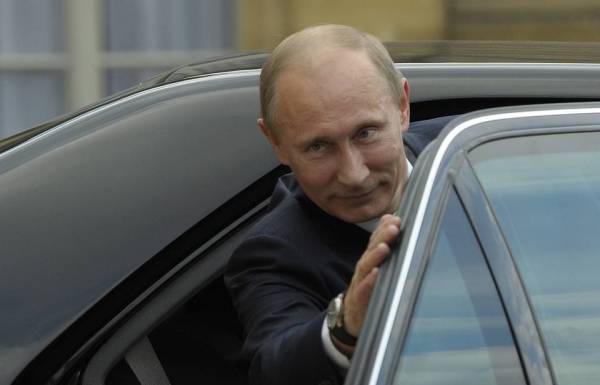 Peskov said that the topic of the placement of GLONASS ground stations in Nicaragua was also discussed, as well as interaction in a number of other areas, in particular, in pharmacology. There was also talk about cooperation between law enforcement agencies.

Putin will visit the Argentine Republic for the first time

Russian President Vladimir Putin will make an official visit to Argentina on July 12 as part of his trip to Latin America.

It will begin from the ceremony of laying a wreath at the monument to the national hero of Argentina, General San Martin. Negotiations will take place with Argentinean President Cristina Fernandez de Kirchner in a narrow and expanded format, the assistant to the head of the Russian state Yuri Ushakov said earlier.

According to Ushakov, the upcoming meeting is expected to touch upon a wide range of bilateral and international cooperation. Particular attention will be paid to the development of Russian-Argentine economic cooperation, because Argentina ranks fourth after Brazil, Venezuela and Mexico in terms of trade between the Russian Federation and Latin American countries.

The head of Rosatom Sergei Kiriyenko will sign an intergovernmental agreement on cooperation in the use of atomic energy for peaceful purposes, the Minister of Communications and Mass Media of the Russian Federation Nikolai Nikiforov – an interdepartmental agreement on cooperation in the field of mass communications. “This agreement will provide round-the-clock broadcasting of the Rossiya Segodnya channel for Argentine television viewers. For the first time, the audience of one of the Latin American countries will have access to its Spanish-language version on a separate button,” Ushakov explained.

“Russia and Argentina are united by more than a century of history of close ties and powerful mutual attraction. They say that every sixth Argentine has at least a drop of Russian blood. Prensa Latina on the eve of his visit to Latin America.

Putin recalled that 2015 will mark the 130th anniversary of the establishment of diplomatic relations. 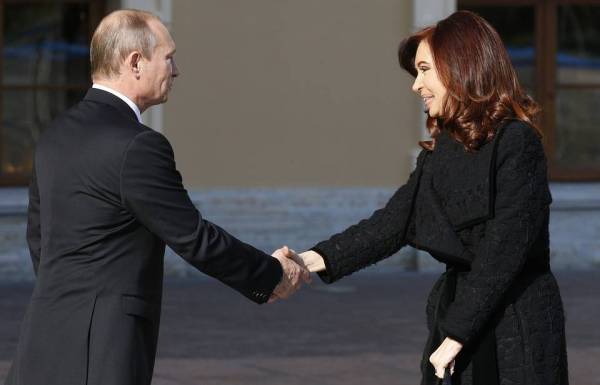 According to him, “today Argentina is one of the key strategic partners of Russia in Latin America, in the UN, in the twenty. “” Our approaches to fundamental issues of world politics are close or coincide. We are unanimous in understanding the need to form a new, more equitable polycentric world order based on international law and the central coordinating role of the UN, “the Russian leader emphasized.

He recalled that in 2009 Russia and Argentina signed a strategic partnership action plan and “reached a high level of implementation of the steps envisaged in it.” At the same time, the President admitted that “projects implemented in recent years by Russian and Argentine entrepreneurs in such areas as renewable energy, electricity, oil and gas sector, transport engineering and a number of others have not yet led to a significant increase in bilateral trade.” “There is something to work on,” he said.

Putin promised to pay special attention to “building up technological and investment cooperation, in particular in the energy sector, in the field of peaceful nuclear energy, in mechanical engineering.” He named further joint work in Antarctica as another area of ​​interaction. “I plan to substantively discuss all these issues at the talks with President Cristina Fernandez de Kirchner,” the head of state said.