The head of the Central Bank Nabiullina: it is necessary to carefully weigh the “generous” proposals of ecosystems 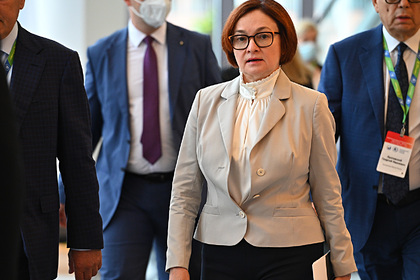 The head of the Central Bank Elvira Nabiullina asked Russians to carefully weigh the “generous” proposals of ecosystems before giving them your personal data, otherwise you can end up in the role of “aborigines” who are ready to give valuable things for beads, RIA Novosti quotes her.

that he was placed in the center of the world, all sorts of proposals revolve around him, but the question arises: what does a person pay for this convenience, cheapness, for this comfort? ” – asked Nabiullina.

Optimists say that business using these technologies will offer the best for a person, and pessimists are confident that they will have to pay with higher prices for goods and services, because monopoly will inevitably arise, said the head of the Central Bank … She called for maintaining a healthy attitude so as not to become hostage to such “abundance”. World central banks are developing regulatory models to reduce the risks of monopolization of ecosystems, Nabiullina added.

Earlier, the Central Bank proposed to introduce a limit on banks' spending on ecosystem development. They want to prevent banks from investing indefinitely in so-called immobilized assets (IA), which, unlike loans, do not create claims for the return of funds.