Frosts will replace snowfalls in Moscow, this week it will get colder to minus 15 degrees 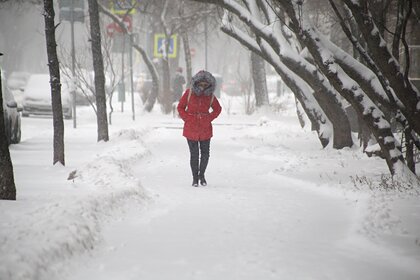 this week the air temperature will drop to minus 15 degrees, according to the website of the weather center “Phobos”.

The change in weather will be facilitated by the Scandinavian anticyclone, which will begin to move from the north-west, along the eastern borders of the Moscow region.

“The apogee of the cold snap will fall on Friday, when the temperature in the capital will drop to minus 15-17 degrees, and in the region in some places to minus 20. The minimum air temperature will be approximately the same on Saturday,” forecasters warned. p>

However, already on weekends in Moscow, frosts will recede, in the daytime it will warm to a comfortable minus four degrees. It is possible that in some places there will be light snow.

On Tuesday, December 7, the strongest snowfall in the post-war history was predicted in Moscow. According to the leading employee of the Phobos weather center, Yevgeny Tishkovets, the amount of precipitation that will fall may repeat the 1949 record or exceed it.

Due to unfavorable weather conditions, dozens of flights were delayed and canceled at the capital's airports.