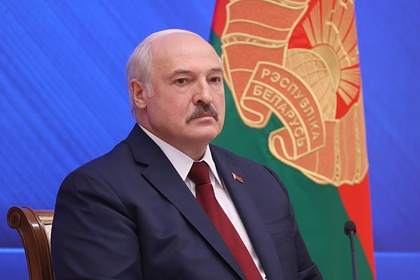 President of Belarus Alexander Lukashenko signed another decree on the adoption of citizenship of Belarus. It is published on the official website of the head of state.

The decree made 448 citizens of Ukraine into Belarusian citizens.

It is specified that these are persons who applied on this issue after the relevant instructions were given during “ Great conversation. ” In general, after the Big Conversation, about 1.2 thousand people who arrived from Ukraine became Belarusian citizens.

In early September, the President of Ukraine Volodymyr Zelensky said that the republic cannot currently legitimize dual citizenship from for compulsory Russian passportisation on the territory of Crimea and the self-proclaimed Donetsk and Luhansk People's Republics (DPR and LPR).

The politician pointed out that in peacetime he himself and the members of the Verkhovna Rada would immediately vote for the introduction of dual citizenship in interests of those Ukrainians who live abroad. However, the Ukrainian leader noted, this is hindered by the risk of obtaining Ukrainian citizenship by persons posing a threat to the national security of the country.