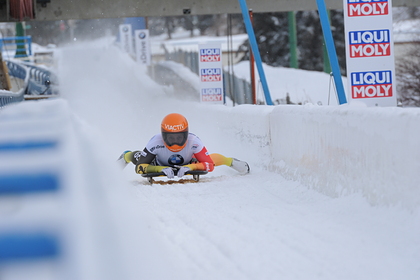 IOC representatives clarified that they respect Washington's decision. The organization explained that the presence or absence of government officials and diplomats at the Games is a private matter for each country. On the issue of the diplomatic boycott of the Olympics, the IOC has decided to remain politically neutral.

At the same time, the statement of the US government makes it clear that the Olympic Games and the participation of athletes in them remain outside of politics, and we welcome it

International Olympic CommitteeBoycott of the Olympics At the same time, American athletes will be able to independently decide on participation in international competitions.

Psaki clarified that members of the US national team can rest assured of the full support of the authorities.

A White House spokesman assured that Washington did not discuss its decision with its allies and gives them the opportunity to decide on their own whether to participate or not in events in China.

The US informed other countries of its plans.

We will support them 100 percent, we will root for them from home

Jen Psakip press secretary of the US president Following the USA

Following the US, Canada is thinking about boycotting the Olympics in Beijing, the Canadian Foreign Ministry said Christelle Chartran. According to her, the American side notified them of the boycott of the Games, after which Ottawa also began to work on this issue. The country's foreign ministries have expressed concern about alarming reports of human rights violations in China.

The Winter Olympic Games will be held in Beijing from 4 to 20 February, the Paralympics from 4 to 13 March. Only residents of mainland China will be able to purchase tickets for the competition. They will have to comply with all antiquated rules.

According to political scientist and director of the Institute of Contemporary State Development Dmitry Solonnikov, after the United States, other states will want to boycott the Games.

This will most likely affect a number of other representatives of the diplomatic corps of the world, who are listening to the United States attentively and are actually in a morally subordinate position

In addition, this is a chance to demonstrate your image in international circles.

Earlier, politicians from Canada, Norway, the United States, as well as representatives of almost 200 human rights organizations, made a call to boycott the Games in China. The reason for the dissatisfaction was the “massive repression” in the Xinjiang Uygur Autonomous Region of China.