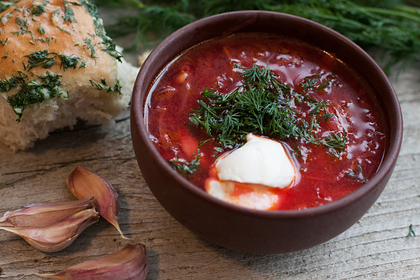 unstable situation in the Ukrainian agricultural sector. This is stated in the analytical report of the EastFruit company.

According to experts, wholesale prices for carrots were twice as high as last year, onions rose 2.5 times, white cabbage and beets – three times. Only potatoes began to cost less – average wholesale prices were almost a third lower than a year ago.

The rise in prices for the main ingredients of borscht was influenced by a decrease in acreage due to unfavorable weather conditions.
Investments in growing vegetables “borscht set” due to the reduction in the profitability of these crops against the background of a significant increase in prices for grains and oilseeds. The report also notes that the level of risks in growing cereals is much lower than in growing vegetables.

This was influenced by the law on the purchase and sale of agricultural land. Agrarians were forced to buy up land, channeling free resources for this, which could be invested in agricultural production.

In early November, experts reported an increase in the “borscht index” in Ukraine. Now it has become more expensive to cook a traditional dish due to the rise in prices for the main products in its composition. Compared to October 2020, the index increased by 5.5 percent.