Deputy Zhurov: The US does not want to spend money on Biden, but presents it as a boycott 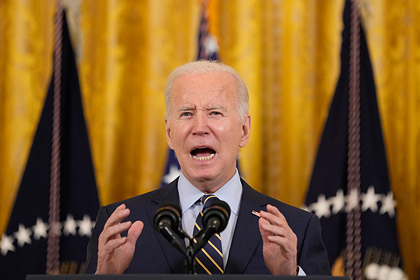 Olympic speed skating champion Svetlana and State Duma deputy Zhurova suggested that the refusal of US President Joe Biden to travel to the 2022 Olympic Games in Beijing may be due to a lack of money. The politician shared her opinion with Lenta.ru.

The trip of the president of any country to the Olympic Games is not a state matter, Zhurova noted. Biden's refusal to visit Beijing in 2022 may be a veiled response from American citizens who are not willing to pay for this trip of their leader. However, Zhurova suggested, the United States, indulging its habitual craving for the show, portrays it as a boycott.

“Perhaps this is how America covertly announces that it does not want to spend money on Biden, who will now fly to the coronavirus. Beijing. Who knows? Can you imagine what kind of security Biden needs to be in Beijing? This is serious. For the presidents of some small country, it’s not a problem to fly, but for the presidents of countries such as Russia, the United States, this is a real special operation. How will you look people in the eye later when they see the budget you spent on it? Standing in a pose and presenting it as a boycott, when in fact you were not going to go there, it is quite in the spirit of the United States, “- said the politician.

On December 6, the press secretary of the President of the United States Jen Psaki confirmed that the American leadership will not go to the Olympics in China. According to her, American athletes themselves will be able to decide whether to participate in international competitions or refuse them.

The Olympic Games will be held in Beijing from February 4 to 20, 2022, and the Paralympic Games from March 4 to 13. Only residents of mainland China will be able to buy tickets to the competition.