The RAS named Kamchatka, Kuriles and Sakhalin the most prone to earthquakes in Russia 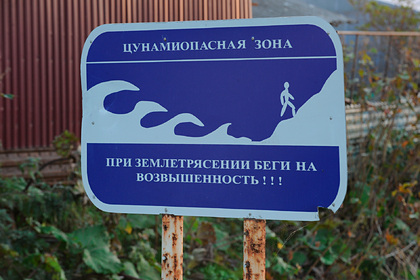 Sakhalin. Corresponding member of the Russian Academy of Sciences Pyotr Shebalin and Associate Professor of the Laboratory of Seismology of Moscow State University Anna Lyusina told Ura.ru about this. and Crimea. According to Shebalin, experts can determine the potential strength of the aftershocks in these regions and take measures, including building strong houses, to minimize the risk from a possible earthquake. However, the forecasts are not very accurate to allow the evacuation of the population in advance.

Earthquakes can occur in the same place once every 30 years, but their frequency depends on the region and the structure of the rocks. “If the earth's crust there is fragile enough, then a catastrophe will not happen, because all the energy will be dumped at a magnitude of 6-7. But if the earth's crust has denser rocks, then the earthquake will be strong, since it will be necessary to overcome the ultimate strength, “- explained Lyusina.

In September 2021, an earthquake of magnitude 7.6 with an epicenter on the border of Buryatia residents of Irkutsk felt near the village of Orlik, no destruction was recorded in the city. The tremors were also felt by residents of the Zalarinsky, Cheremkhovsky and Usolsky districts of the region.