A 34-year-old employee of the Moscow MFC Shemenev, who was killed by the shooting, left two children 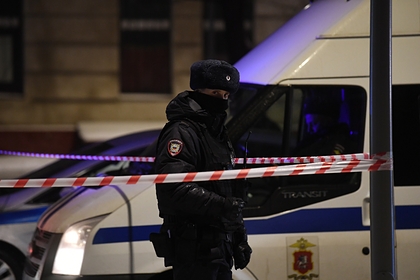 Moscow. It turned out to be 34-year-old Vladimir Shemenev, according to Moskovsky Komsomolets.

According to the newspaper, Shemenev stood at the entrance and gave out coupons to visitors. He worked at MFC Ryazansky for over five years. “Nice, positive guy. He loved dogs, it seems that he had several of them – he often posted photos with them on social networks. I recently bought another big dog. He is survived by a wife and two small children, in whom he doted. He had a wonderful relationship with his wife, “a friend of the deceased told the publication.

The shooting at the MFC on 1st Novokuzminskaya Street took place in the afternoon on December 7. Retired Lieutenant Colonel Sergei Glazov came into conflict with the center guard over a mask. Then he took out a weapon and opened fire. Deputy Mayor of Moscow Anastasia Rakova said that as a result of the incident, two employees of the center were killed, and four more people, including a 10-year-old child, were injured.

The attacker was detained. A criminal case was initiated under article 105 of the Criminal Code of the Russian Federation (“Murder of two or more persons”). Later, the Investigative Committee of Russia published a video from the scene of the shooting. The footage shows how employees of the investigation team inspect the crime scene, take fingerprints from objects.