Polish border guards: illegal immigrants from Chechnya were spotted near the border with Belarus 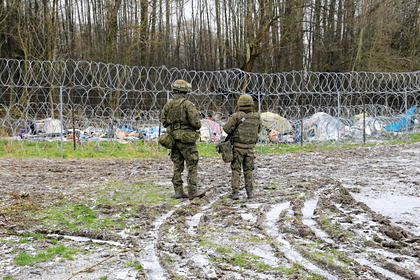 Migrants from Chechnya were spotted near the border of Poland with Belarus, they were found among several dozen illegal immigrants who have tried to enter the European Union (EU) over the past two days. Anna Mikhalskaya, the official representative of the Polish Border Guard, spoke about this. The quote is given by Polskoe Radio.

According to Mikhalskaya, 30 people entered Poland with the help of Belarusian services and were detained at the border. Among them, several Chechens with passports of the Russian Federation were found.

According to RIA Novosti, we are talking about an area guarded by a unit of the Border Guard in Cheremkha. The first attempt to cross the border took place at about 21:00 local time (23:00 Moscow time).

Since the beginning of 2021, Polish border guards have recorded about 40 thousand attempts to illegally cross the border from Belarus. This is ten times more than in 2020. The Polish authorities, as well as representatives of the EU countries, believe that the Belarusian authorities are to blame for the outbreak of the crisis, provoking an influx of visitors.