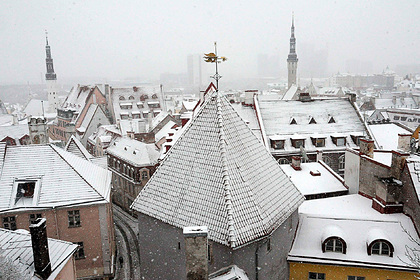 to Estonia as part of a NATO mission, after which he suffered PTSD and stuttering. This is reported by The Sun.

NATO. What prevents Ukraine from being admitted to the military bloc? 00: 02 – 3 November 2019 They intimidate the military and their families

Chileshe Mwamba of Derby has filed a lawsuit with the London Supreme Court, seeking compensation in the amount of £ 860,000 (about $ 1.1 million). He claims that these injuries greatly influenced his lifestyle and future career prospects.

The 31-year-old member of the Royal Engineers' Corps, one of the most elite units in the British army, was sent to Estonia in November 2017 as part of an operation to “contain Russian aggression in the Baltic.” He was on a business trip from November 10 to December 3. While on duty, Mwamba was exposed to “extreme cold weather”, as a result of which he began to suffer from post-traumatic stress disorder and stuttering.

The Ministry has recognized responsibility for the hypothermia of the military, but requires medical proof that it was low temperatures that caused serious defects speech. The court hearing on this case is scheduled for 2022.

According to archival weather reports, the temperature in Estonia during Mwamba's stay there did not drop below minus four degrees Celsius.

In 2016, a British soldier Brian Muepa has filed a similar claim to the Supreme Court for $ 4.9 million. According to the Mirror publication, the soldier suffered frostbite on his foot after a five-hour exercise in low temperatures. The court accused him of self-harm: doctors considered that he had specially put ice packs on his legs in order to receive compensation for the injuries suffered. The court dismissed the claim.