Vice: the creators of the Unvaxxed Sperm cryptocurrency turned out to be anonymous opponents of vaccination 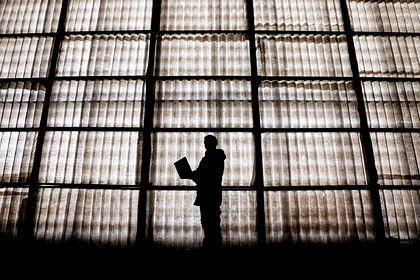 Anonymous creators of the Sperm cryptocurrency which was launched more than a week (more than a week) back and last Thursday and Friday showed explosive growth, indeed they turned out to be activistaxers. Vice writes about this.

Developers of their own cryptocurrency refuse to give their full names and appear under pseudonyms. One of them, Jason, pointed out that the project was created “to ensure the continuity of objective scientific research and freedom of discussion.” However, another, who identified himself as Fauci (the name of the chief infectious disease specialist in the United States is Anthony Fauci – approx. Lenta.ru ), replied that to some extent they oppose vaccines.

As noted in the material, the founders of Unvaxxed Sperm claim that 90 percent of people do not need the COVID-19 vaccine. In addition, they suggest treating disease with ivermectin (a parasite medication used by veterinarians to treat animals), although the popularity of the drug for these is based on the only flawed studies later withdrawn.

Unvaxxed Sperm is a fork (fork) of SafeMoon cryptocurrency that went viral earlier this year thanks to celebrity backing. Fauci claims that seven “veterans of cryptocurrencies” are behind it, but declined to name their names.

At the same time, the founders of the anti-Axer cryptocurrency do not even promise their buyers any benefits. They note that, first of all, they want to make it viral and attract the attention of both vaccine opponents and those who still have doubts. They plan to release analogs of popular services, for example, a dating service for anti-tax officers.

The developers took the name from the popular myth that frozen sperm of anti-tax officers in the future will be very expensive, will become a new bitcoin (meaning explosive growth in asset value). Studies have shown that the vaccine does not affect sperm, but opponents of vaccinations do not trust scientists.

Last Saturday, December 4, the cryptocurrency market fell along with bitcoin by tens of percent. By the middle of the week, he began to recover. On Tuesday, the growth of bitcoin has already reached eight percent, the main cryptocurrency is trading at a level above 51 thousand dollars. At a maximum in November, the rate reached 69 thousand.