The Talovskikh family from Novosibirsk won the festival of street cartoons 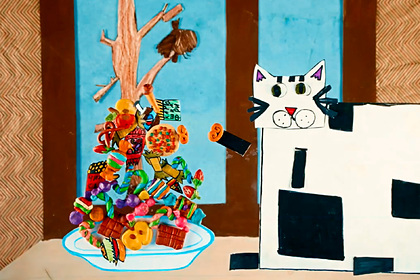 The family of animators from Novosibirsk won in the category “Kids under seven years old Street Cartoon Festival 2021. This is reported by “Vesti Novosibirsk”.

So, Sergei, Svetlana and their daughter Katya Talovskiy filmed a three-minute cartoon “Cube” about a cat who decides to go in for sports and lose weight in order to catch a bird. According to the plot, in order to achieve its goal, the pet is engaged in simulators and jumps on a rope, while a crow watches its actions, laughing. As a result, the bird itself becomes so heavy that it falls from a tree branch onto the windowsill.

The Street Cartoons Festival, which was held in the summer of 2021, was attended not only by children from all over Russia, but also by young creators from Uzbekistan, Kazakhstan, Ukraine, Belarus, Israel and Donetsk. The jury consisted of directors and artists of the Soyuzmultfilm studio, as well as teachers of the multimedia and animation department of VGIK.

Earlier in November it was reported that a network of six children's animation studios with special equipment for creating cartoons about history of Siberia. They will be formed on the basis of the Novosibirsk Regional Youth Library, as well as the central libraries of Karasuksky, Kochkovsky, Maslyaninsky, Cherepanovsky districts and the city of Kuibyshev.