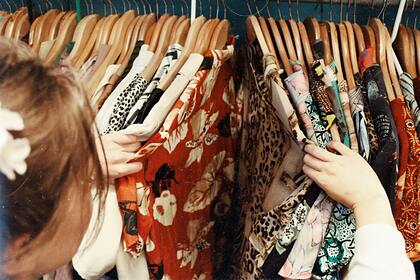 The British woman revealed several ways to buy luxury brand items for next to nothing. The relevant material is published by The Sun.

Warwickshire resident Emily Firmin regularly shares videos with her viewers on her YouTube channel AllTheLadies, in which she explains how she manages to buy designer clothes, accessories and shoes cheap , and brags about shopping.

According to the woman, most often she searches for things on the website of the retailer Everything 5 Pounds, where goods are regularly put up for sale, the cost of which does not exceed five pounds (489 rubles). The blogger noted that the store features wardrobe items from brands such as Zara, Topshop, Next, PrettyLittleThing, Misguided, Steve Madden and others.

In addition, the heroine of the material often finds discounted clothes in the popular supermarket TK Maxx … For example, she managed to purchase a Michael Kors down jacket for 89 pounds (8711 rubles), while its original price was 319 pounds (31 thousand rubles).