Yanushkevich, KVN team “Kefir”: the team drank valerian because of the excitement in front of the stage 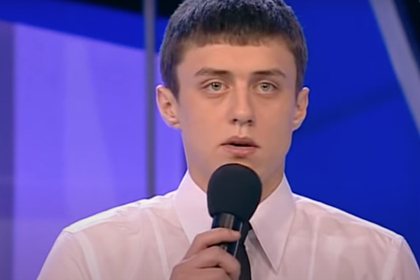 Former member of the KVN team “Kefir” of the city of Nyagan Dmitry Yanushkevich said that before the first performances, the members of the group used valerian. As the humorist noted, the sedative helped the team cope with the anxiety before going on stage and get into the right image. He admitted this in an interview with blogger Andrei Predelin, the video is available on YouTube.

Yanushkevich noted that during the first speeches he was very worried. As a former member of the KVN team recalled, the whole team then drank valerian. “The excitement [was]. We were still young then, and our style was this: we had to stand still, not laugh, our face was stone [should be]. And the valerian helped, yes, “he explained.

After some time, the Kefir members stopped taking sedatives, added Yanushkevich, because they learned to cope with the anxiety before the performances on their own.

< p> The KVN “Kefir” team, representing the city of Nyagan (Khanty-Mansi Autonomous Okrug), was created in 2006. One of the main features of the group is the unemotional images of humorists. At the same time, many of the team's jokes were built on a pun. In 2010, the team received the Small KiViN in Gold award at the Voting KiViN music festival. In 2013, “Kefir” played in the quarterfinals of the Major League of KVN.

Earlier, a member of the team of the Belarusian State University (BSU) Alexander Trofimov explained the gratitude sounded from the stage to the wanted businessmen. As a member of the BSU team said, none of the team knew that law enforcement agencies were looking for their sponsors.