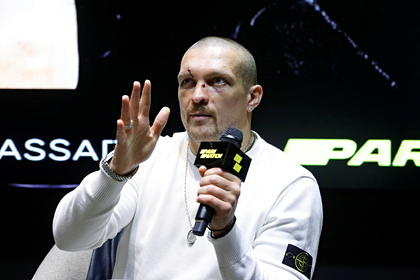 Ukrainian heavyweight boxer Oleksandr Usyk admitted in the fact that he will be able to hold a duel with Briton Anthony Joshua in Kiev at the stadium “Olympic”. He spoke about this during a meeting with fans.

The 34-year-old Ukrainian noted that for promoters and managers, professional boxing is just a business. “If they have a choice between Olympic and Wembley, they will prefer the latter. You can simply sell more tickets there. For pounds, not hryvnia, “Usik is convinced.

However, the Ukrainian boxer and world heavyweight champion does not exclude that he will still play the fight on the territory of Ukraine. Usyk emphasized that in this case, it will not be a question of an eminent opponent. “Such a fight needs to be organized by ourselves,” he said.