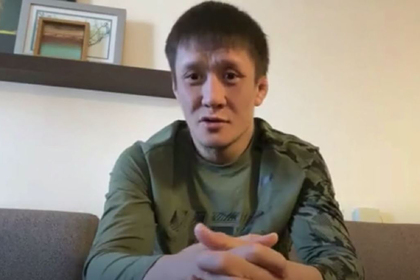 The athlete said that he has two wives and six children. “I'm already used to it. At first there were tests, but now everything is fine. Left, for example, from the second wife, I go to the first. I left the first, I go to the second. Day there, day there, “- he described life in marriages.

The fighter performs in the Absolute Fighting Championship (UFC) in the flyweight. On the night of December 5, he lost to Manel Capa by knockout in the first round. Zhumagulov now has 14 victories and six defeats.

In 2018, it was reported that the former Brazilian football player Ronaldinho was going to marry two girls at once. Ronaldinho wanted to marry Priscilla Coelho and Beatrice Souze. Due to the ban on polygamy in Brazil, the wedding was supposed to take place in the American city of Santa Monica.