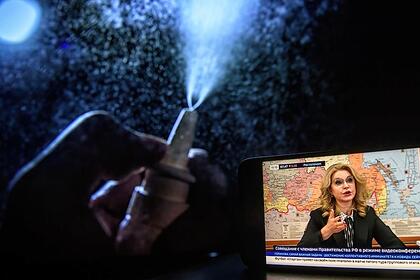 Professor of Virology, Head of the Laboratory for Highly Dangerous Infections of the Federal Research Center for Fundamental and Translational Medicine Alexander Chepurnov, in a conversation with Lenta.ru, compared the US remedy for COVID-19 in the form of chewing gum with a nasal vaccine against infection invented at the National Research Center for Epidemiology and Microbiology named after Gamaleya.

Earlier, scientists from the University of Pennsylvania announced the development of chewing gum against COVID-19. According to the developers, the tool can exclude the spread of the disease through saliva. Initial trials have already shown the effectiveness of chewing gum, and researchers will now be asking for approval to conduct clinical trials of the product.

“I think that it can be quite as good as a spray, because if some drug is added to the chewing gum, then for a while, while it is chewed, it will have a therapeutic effect,” Chepurnov said, however, noted that the key question is how long-term positive effect such a remedy will give, since the drug on the basis of which the chewing gum is made can be swallowed quite quickly along with saliva. “Obviously, it is more convenient in this situation to use the spray, which has been sprinkled, and that’s all,” the virologist emphasized.

According to Chepurny, it is also important what will be included in the chewing gum. “The inclusion of some kind of disinfectant and frequent chewing can have a positive effect on the amount of virus during infection or on how to block the infection, but then you will have to chew regularly, and this will certainly have a negative effect on a person's own nasopharyngeal flora. This can to some extent be compared with an antibiotic, of course, it helps us out in difficult times, but at the same time it deals a heavy blow to our own intestinal flora and then we have to recover, “the virologist noted.