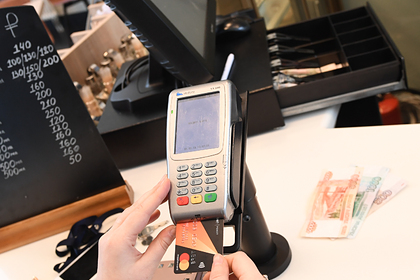 the territory of Ukraine. This was announced by the American television channel CNN, citing sources. As a last resort, the journalists' interlocutors called the disconnection of Russia from the international payment system SWIFT. The main targets of the new restrictions will be members of the inner circle of Russian President Vladimir Putin and Russian oligarchs. In addition, the US authorities are considering restrictions against the Russian national debt.

Russian businessmen and members of the close circle of the president intend to limit the ability to travel and cut off access to American banks and credit card systems. In addition to personal sanctions, there are also restrictions against the Russian energy sector, but no details were provided in this area

We have compiled a damn aggressive package.

“We believe that we have a path that will include significant economic countermeasures from both Europe and the US, which would include significant, severe economic harm to the Russian economy,” a US administration official said. Sources to CNN said that a final decision on whether the new sanctions will be applied has not yet been made. According to sources, the administration of US President Joe Biden is currently in talks with European countries to coordinate actions. Earlier, Biden and Secretary of State Anthony Blinken have already announced the possibility of sanctions against Russia.

Vladimir Dzhabarov, First Deputy Head of the Federation Council Committee on Foreign Affairs, is also skeptical about the threats of the American authorities and considers disconnecting Russia from the SWIFT system an unlikely scenario.

Russia is very closely integrated into the system of the world economy, and its disconnection from SWIFT threatens with losses for many countries.

Vladimir DzhabarovFirst Deputy Head of the Federation Council Committee on Foreign Affairs opinion, since 2014, a large number of Russian tycoons have faced restrictive measures and now “it’s easier to count on the fingers of one hand the people they have not awarded sanctions.”

Executive Director of the Association of Electronic Money and Money Transfer Market Participants Pavel Shust called the threat of disconnecting Russia from SWIFT as a rhetorical trick on the part of the United States and noted that such a step would be disadvantageous to everyone. “The clause on disconnecting from SWIFT is included in almost all projects on sanctions, but it is always excluded during the discussion. For the most part, they are a rhetorical device, ”said the expert. At the same time, Shust stressed that a sanction of this kind would become a “point of no return” and would indeed painfully affect the Russian economy and its relations with major trading partners.